The sweeping changes under the Tax Cuts and Jobs Act (TCJA) of 2017 affect many aspects of our federal tax system. One major adjustment for many divorcing couples is how spousal alimony will be treated.

Let’s begin by first defining alimony. According to the IRS, alimony is amounts paid to a spouse or a former spouse under a divorce or separation instrument (including a divorce decree, a separate maintenance decree, or a written separation agreement) for federal tax purposes.

Not only ex-husbands are required to pay alimony to their ex-wives. The American Academy of Matrimonial Lawyers found that there has been a sizable increase in women paying both alimony and child support to their ex-husbands.

“Divorce or separation instrument” has a specific legal meaning. The rules differ depending on whether the document was signed before or after 1985. Additionally, if the document specifically says the payment isn’t alimony, then it can’t be designated as alimony.

Other requirements apply for payments to be properly considered alimony:

Although a former spouse might make additional voluntary payments, those amounts aren’t counted when determining their tax treatment. In addition, alimony does not include child support payments, or any of the following:

Alimony payments might benefit the payer because it’s a way to potentially reduce their taxable income. A person’s tax bill is based partly on how much their taxable income is. Anything that legally lowers that amount could mean they pay less in federal income taxes. Conversely, the recipient has to claim the alimony payments he or she receives as taxable income. That means he or she might have to pay more federal income tax because their income rises. Therefore, although one ex-spouse has to pay alimony, it might benefit them from a tax perspective. For the recipient of the income, it might be a disadvantage.

Alimony & Taxes By The Numbers

Almost 600,000 taxpayers claimed deductions for alimony in 2010, the most recent tax year for which IRS statistics are available. Those deductions totaled more than $10 billion. However, the IRS didn’t find that the full $10 billion was claimed as income from recipients of alimony. The discrepancy could be that the payers incorrectly claimed they paid a higher amount, or the recipient ex-spouse claimed they did not receive the full amount. Or both ex-spouses could have erred or fudged the numbers.

For a former spouse to claim they made alimony payments, they deduct it on Form 1040, U.S. Individual Income Tax Return. It’s not a requirement to itemize deductions for the payer to deduct his or her alimony payments. However, the payer must include the recipient’s Social Security Number (SSN) or Individual Taxpayer Identification Number (ITIN) on the form. Similarly, the person who receives alimony must include it as income and indicate the SSN or ITIN of the payer.

Including this identifying number helps the IRS track alimony payments made and received. If either ex-spouse fails to include the correct SSN or ITIN, they might have to pay a $50 penalty.

Spouses will always find financial benefits and disadvantages of getting married. However, the ancient taxation system described above will no longer apply. The recent tax changes turn the whole system of alimony payments on its head.

Divorce or separation instruments might still require one former spouse to pay alimony to the other. However, the big difference is that those alimony payments will not be deductible by the former spouse who paid it.  The recipient will not have to claim the alimony they received as taxable income.

Therefore, the system that bestowed a potential tax break on the ex-spouse payer will no longer benefit that person. Instead, it might be a disadvantage if they have to pay income tax on the amount that otherwise would have been deducted from their taxable income.

On the other side of the marital fence, the recipient of court-ordered alimony will no longer have to claim those payments as income. This position might benefit them because although they receive alimony payments, their taxable income will be less than it would have been before the changes to the rules.

It can be confusing when the new laws will apply. Is it relative to when payments are paid, received, or required? It’s a critical question, because the changes shift the tax positions of hundreds of thousands of taxpayers nationwide from burden to benefit and vice versa.

The change to the tax rules applies to divorce agreements finalized or updated beginning in 2019.

The implications for divorces are financial and emotional. Nearly all members of the American Academy of Matrimonial Lawyers surveyed expect that the rules will change how their clients’ divorces are settled. A clear majority of those attorneys surveyed felt that divorce proceedings will be more contentious.

Although some research suggests that divorce filings rise in August and March, some alimony payers are scrambling to sign their agreements before the end of 2018. This timing would enable them to retain the tax deduction for their alimony payments to ex-spouses. Or the people who under the current system would otherwise be payers are demanding that their settlements take into account the deduction they will lose if the divorcing couple does not sign in time.

For example, a divorcing spouse might want to include a Qualified Domestic Relations Order (QDRO) in their divorce settlement to protect their income after divorce. A QDRO is court-ordered property settlement of an ex-spouse’s retirement plan, such as a 401(k).

As in any divorce, you might want to carefully consider your living arrangements after a divorce.

If you are the person who has to pay alimony, you will no longer receive the tax break. Paying more tax could reduce the amount of money you have available to pay your bills and other expenses.

If you’re considering divorce, now is the time to consult a properly qualified divorce attorney and tax professional. Signing your divorce agreement before or after New Year’s Eve 2019 could have a huge impact on your financial position well into the future. 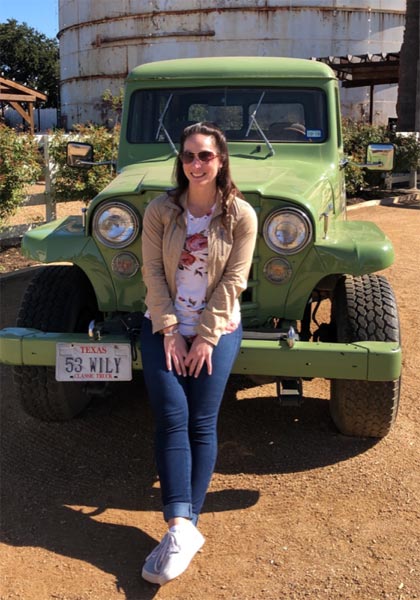